Fairune (Game) is an retro-style puzzle action role-playing game (ARPG) developed by Skipmore and published by CIRCLE Entertainment for iOS, Android, and the Nintendo 3DS. The Fairune Collection includes this game and was released on the Nintendo Switch and on Steam. The game is followed by a sequel, Fairune 2.

Fairune emulates the look and feel of a classic '80s game. Fairune has a combat system that's highly reminiscent of the first Ys games -consisting of nothing more than walking through creatures. If a creature is the same level as the player the creature would die, the player would take damage, and receive experience points to help level up the player.

Throughout the game the player solves puzzles, levels up, and discovers secret paths and locations to help advance the story. The game primarily focuses on puzzle solving with little to no hints, forcing the player to rely much on exploring and the 'trial and error' method of problem-solving.

The player assumes the role of the Heroine tasked with locating the three Spirit Icons and sealing the 'scourge'.

The Heroine is accompanied by the Ancient Codex, providing creature 'combat' suggestions, as she searches for the Spirit Icons throughout the Grasslands, the Underworld, the Lava Zone, and the Administrators' Tower. Throughout the journey, the Heroine acquires various items to aide her, notably the Dragon's Scale in which ultimately is needed to seal the scourge. When the Heroine defeats the scourge, she is prompted to Reboot Fairune and in doing so frees the Fairies and 'resets the land's story'.

The iOS/Android and N3DS have very distinct differences that affect the core game depending on which version the player chooses to engage.

This version of the game does not detail the requirements to achieve completion of each achievement.

The following listed achievements detail the requirements for completion.

The Completion of Fairune is also necessary to earn the following achievements:

Additionally, completing the game is necessary to unlock Fairune Blast. 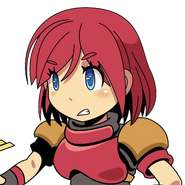 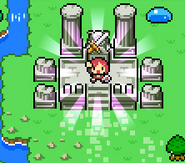 The Heroine acquiring the Sword of Hope 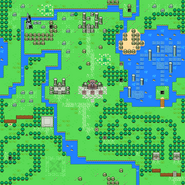 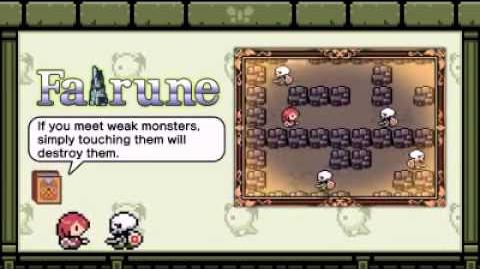 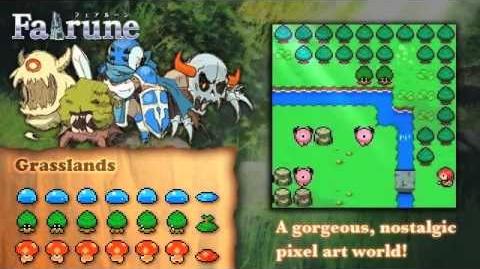 The game is free for download on iOS and Android, but cost $2.99 on the eShop.

From the App Store/Google Play Store:
"An action-puzzler RPG with a retro feel! The scourge is back with a vengeance! Seal him off for good! Collect the three Spirit Icons to lead the way to victory!"

From the Nintendo eShop:
"A girl has been chosen to become a heroine. An adventure filled with mystery awaits her. During her adventure, she'll need to find weapons to defeat monsters, and to level up. She also needs to collect items, find secret passages, and solve puzzles. Once she has unlocked three acient statues, she has to seal a mysterious menace away forever."

Community content is available under CC-BY-SA unless otherwise noted.
Advertisement